To be clear, the failure and success metrics shared in this article are based on software projects only. I don’t know about success and failure rates for other types of projects.

Oddly not everyone agrees even when talking about technology or software projects. In particular the project management community decried the value of agile ways of working. Only recently have they embraced their own version of agility and even now they still like to claim that traditional approaches have their place in technology projects. Unwilling to let go, they promote the alchemy of hybrid agile, whatever that is.

But the PM community aside, most people are on board that all that upfront planning and plan-driven approaches are going to fail on fast-paced technology initiatives. There is plenty of supporting evidence that Agile wins out over Waterfall Projects.

There should be NO Debate over Agile vs. Waterfall Projects

What does success and failure mean? Great question. Failure is easy. Failure means, the project was cancelled or the solution was never implemented. Success is a little more nuanced.

For the first 15 years of the Standish Group studies, the definition of success was the same used for years by the Project Management Institute. Remember On Time, On Budget, On Scope? Better known as “how well did we 1) plan and then 2) deliver against that plan?”

You may recall that the Agile Manifesto came out squarely against the ‘plan the work, work the plan’ line of thinking. The Agile Values state that agilists value Responding to Change over Following a Plan.

The Standish Group expanded their definition of success in 2015 to what they called a modern success measure. The new definition expended to include the outcomes or impact of the project. They looked beyond the delivery against the plan to include the value delivered and customer satisfaction. After all, isn’t that the reason we complete projects – to deliver something of value? It’s not simply a test of our planning process or execution against a plan.

So the Standish Group “Modern” definition of success includes the following six individual attributes of success:

From as early as 2015, the results of agile projects vs. waterfall projects have been pretty consistent. Consider this chart which summarizes over 10,000 projects from the Standish Group database from the years 2011 to 2015.

Are Agile Projects Still Better than Waterfall in the Standish Group 2020 Chaos Study?

Fast forward to today and the most recent Standish Group Chaos Report. That report, called Chaos 2020 Beyond Infinity, shows a minuscule reduction in Waterfall failure rates from the 2015 report. Otherwise, little changed. This report is based on an impressive database of 50,000 projects.

One key takeaway here is to avoid large projects. By breaking large projects down into smaller projects, you can significantly reduce your risk and improve your odds for success. Check out this quote from the Standish Group 2018 Chaos Report:

When we break “agile versus non-agile” by size, we find some really interesting data. Large agile projects succeed at twice the rate of non-agile projects, and fail half as often. “Medium-agile” projects do not fare that much better (31% versus only 19% for non-agile projects). Only in the small category does non-agile come close to agile. Therefore, we conclude that size trumps agile methodology—but in combination, they can be deadly.

However, in the Standish Group 2020 report, they went beyond advocating for smaller projects. How about no projects at all?

Are You Still Using Waterfall instead of Agile?

Ok so I know there are a lot of you out there still using Waterfall. It has worked in the past of course. We put men on the moon with Waterfall approaches. But the data is clear – you are rolling the dice and risking your money and valuable resources using those plan-driven approaches. Why would you risk your career?

Making the transition from Waterfall to Agile is not trivial, but it is certainly possible. Many organizations have tried and failed, while others have succeeded with Agile approaches. If you are ready to learn more, here are some resources that can help you.

If you are a leader, consider getting training for you and your core team. Our training page lists plenty of Agile and Scrum courses, with and without certification. Specific to leaders, the Agile for Leaders course and Professional Agile Leadership courses provide the insights and tools you need to succeed in an agile transformation. You might also enjoy this article on The Leaders Role in an Agile Transformation.

It’s no longer a question of which approach works best – Agile wins over Waterfall projects as supported by the data. So why risk your career and your reputation by rolling the dice on another Waterfall project. The move to Agile is not trivial but it is possible. We would love to help. 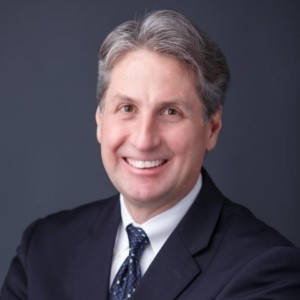